The benefits of reflexology and Indian Champissage™ are by no means limited to adults. They can help various issues that babies and children suffer such as painful teething, digestive disorders, unsettled sleep patterns, agitated behaviour and ear problems (in particular glue ear). Increasingly, the calming effect of either treatment can be seen on children and young people that are tense or have an anxiety or neural disorder. 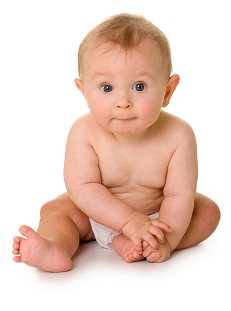 For young babies, a few minutes of gentle reflexology can be hugely soothing and powerful. It is recommended that babies have foot reflexology while lying on top of mum as the benefits of both receiving reflexology in conjunction with each other is a precious shared experience as well as mutually calming.

Young children can struggle to stay still yet the benefits of a treatment remain just as evident. In this instance, a treatment session is more interactive and the child is involved in the narrative of what is being done;they can still benefit hugely even if they are active and chatty. The session lasts between 20-30 minutes and can involve a mixture of treatments according to how the session unfolds. 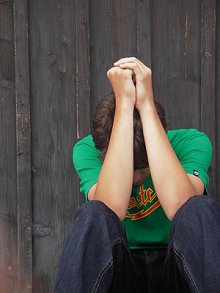 For tweens and teens, this is the stage of life where they may become overwhelmed with the challenges and responsibilities they face yet they are also learning to build their resilience and coping mechanisms. The Office of National Statistics(1) has looked at adolescents and reported that:

Prior to the first session and during the conversation, “clues” are given as to what is the most suitable treatment, whether feet, hands, face or head. This is an important stage of the treatment as it is the young person’s opportunity to feel reassured and sense a build-up of trust. The initial session is 30-40 minutes and subsequent sessions are 30 minutes.

The synopses below give an idea of how babies and children have benefited from reflexology and Indian Champissage™:

M – eight-year-old M has been diagnosed with Asperger’s syndrome and struggles to switch off and relax. Within a few moments of his first treatment, he “let go” and became peaceful. He enjoyed a good, refreshing night’s sleep that night.

A – 10-year-old A has been coming for regular reflexology sessions for over a year to help her with the demands of school and after school life and maintain balance. She relaxes well and over time, she has found she is able to confide in me on any worries or insecurities that she is experiencing and is always significantly more contented afterwards.

I – five-year-old I visited me several times during a winter period suffering with uncomfortable and blocked ears which meant that she couldn’t hear properly; this had a knock on effect on her confidence at school. She visited the ear specialist every 3 months, who always reported that her hearing was below average. After a series of 8-10 treatments, she visited the specialist again and her hearing tested as normal.

L – three-year-old L’s Mum is a regular client who enjoys reflexology once a month for relaxation and battery recharging. When L was restless and sleeping poorly at night then waking up exhausted and irritable, she thought she’d see if it had the same effect on him as it did on her. At the initial session he became serene very quickly and entered a trance-like state. He slept more deeply and calmly as a result. After a few sessions, his sleep settled into a more relaxed pattern.

J – three-month-old J has been suffering with tummy pain, constipation and digestive trouble since birth which has led to much distress and several crying sessions throughout the day. After each of his reflexology sessions, he becomes very still and calm, the tension dissipates and he usually fills his nappy very soon afterwards. He is continuing with treatments. 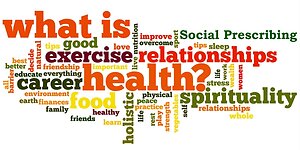 In early 2020, I became aware of two things that have greatly influenced the course of my life and will continue to do so. One has been Covid-19 and the other has been the concept of social prescribing. Covid-19 gave me access to a larger community due to the number of online forums, lectures, hearings and meetings where I have learnt continually about the benefits of social prescribing as well as met some of the key people. The Holme Farm project in my area has allowed me to work with an outstanding team and we will make the concept a reality. In all my learnings, one that has had a vast impact is both the work and untimely death of Jo Cox MP; remembering her powerful words - we have far more in common than that which divides us.
Honouring this concept in my community will continue to be my aim throughout 2022 and beyond.